Share a memory
Obituary & Services
Tribute Wall
Read more about the life story of Anthony E. and share your memories in the Tribute Book.

Anthony Maurno of Kittery, Maine passed away peacefully at his home after a long illness with his son John and his daughter-in-law Sara at his side.

Tony was born on September the 6th 1935 to Amelia and John Maurno in New York. He spent much of his early life in Mount Vernon, New York. In his younger years he played baseball, which was his passion. Tony was an honorable man with a great sense of humor. He was very sociable and was a great and loyal friend to many.

Tony had a long and illustrious career in the software industry and was implemental in the great success of Software international and Lilly Software. He enjoyed his work, and it became his great passion. He was the primary mentor to many successful individuals in the industry and kept in touch with them all his life. His career took him on travels all over the world and he had close friends across the globe.

Family was very important to Tony, and he was in touch with them constantly. Tony was a loyal friend and when you came into his circle it was for life. He had a soft heart and cared for all in his circle, He was always supportive and would be ready with valuable advice when needed. New York was always an integral part of his Soul. He was a lifelong New York Yankees fan despite having lived most of his Life in New England. Baseball and golf were his passions in his later years. Tony had a great deal of charm, and he would just draw you into his world. He was helpful to all he knew.

Tony was predeceased by his Loving wife of 62 years Noreen and his son Dann. He is survived by his son John Maurno of Kittery Maine, his son Steven Maurno and his wife Martha of Suffolk, VA, his daughter-in-law Sara Maurno of Salem, MA, his granddaughter Abigail Maurno-Cho and her husband David of Woodbridge, VA, his granddaughter Charlotte Mills and husband Chandler of Mebane, NC, his great-granddaughter Alice Maurno-Cho of Woodridge, VA, his brother Richard Maurno of Yorktown Heights NY, his sister Sandra Bennardo of Greenlawn, NY and many nieces and nephews.

Tony will be greatly missed by all, the world was a better place with him a part of it.

To send flowers to the family or plant a tree in memory of Anthony E. Maurno, please visit our floral store. 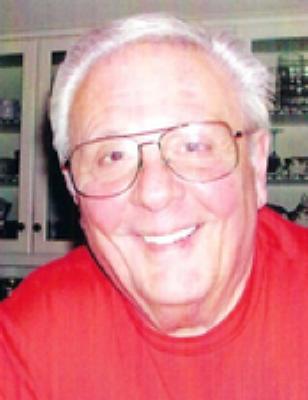