Plant a tree in memory of Stephen B. Brooks Jr.
An environmentally-friendly option 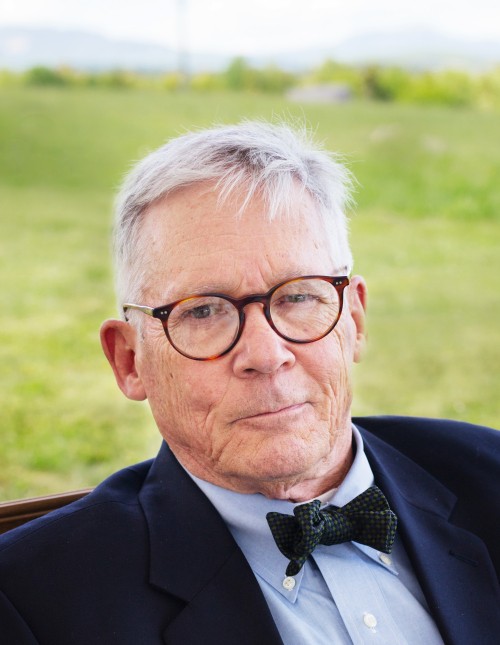 Stephen Bonsal Brooks, Jr., 71, of York Harbor, Maine, died peacefully on April 12 after having lived courageously with lung cancer for twenty years. Born in Boston, Steve was the oldest of six children to parents Stephen Bonsal Brooks and Natalie Kernan Belden. The family moved to Catonsville, Maryland in 1955 and later to Roland Park in Baltimore. When his father died in 1961, Steve grew up quickly and took on great responsibility as the oldest sibling. Upon graduation from Gilman School, Steve went on to earn a B.A. in history from Union College. After college, Steve began a thirty-six year career at Hollingsworth & Vose, a specialty paper manufacturer, and was their longtime purchasing manager. Over the years, he worked at company plants in Schuylerville, NY, Floyd, VA, and East Walpole, MA. Prior to retiring in York Harbor, Steve lived in Rehoboth, MA where he served on the Conservation Committee as well as the Taunton Commission on Aging. In retirement, he balanced a robust social life with public service as he worked part time for the U.S Census, and being meticulous by nature, volunteered with the AARP to help seniors file their taxes. Bill Beehler, a lifelong friend from their days at Gilman, described Steve as possessing “a consistently upbeat demeanor, endless positivity, and a wonderfully pleasant self.” Steve found delight and purpose in fatherhood and was a selfless supporter of his family.

A devoted fisherman, Steve would often be seen casting along the York River from his boat, the Aliceanna. He loved animals and kept a small farm in both Floyd and Rehoboth, famously raising a pig he named Breakfast. An avid golfer who was gregarious by nature, Steve organized an annual spring trip to Pine Needles, NC, with a group of family and friends. He was a voracious reader and enjoyed discussing politics and current events on the porch in York Harbor, with Wheat Thins and Mount Gay in hand. No one was better at stirring things up than Steve; when entering a ‘discussion’ with him, you had better be ready with a depth of knowledge, perspectives, and conviction. While his eternal optimism and determination served him well in the face of his challenges, these qualities also inspired those who knew him to always consider the glass to be half-full.

He was often known as “Twig”. Pup Gould, an old college friend, noted “you could never have a better friend or a better brother than Twig”. He is survived by his daughter, Lily P. Brooks of Baton Rouge, LA and son Stephen B. Brooks, III of Park City, UT; sisters, Priscilla M. Brooks of Ipswich, MA and Mary W. Brooks of Arlington, MA; brothers, Robert D. Brooks of Annapolis, MD and Andrew M. Brooks of Baltimore, MD; a stepbrother, John R. Barringer of Santa Rosa, CA, a stepsister, Betsey Barringer of Timonium, MD, and his former wife, Irene Moore Brooks of Warren, RI. A sister, Natalie K. Brooks, died in 2009. Steve leaves behind many nieces, nephews, and friends.

In lieu of flowers, the family suggests contributions be made to the York Land Trust, York Fire Department, or the Dana Farber Cancer Institute. Services are being planned for later this summer.

Services to be held at a later date

Plant a tree in memory of Stephen B. Brooks Jr.
An environmentally-friendly option

Plant a tree in memory of Stephen B. Brooks Jr.

51 trees planted in memory of Stephen B.

The world has lost an example of what every human being should strive to be!! Am humbled he considered me a friend. My loving thoughts and prayers to Lily, Bonsel and siblings.


A Grove of 50 Memorial Trees was planted in memory of Stephen B. Brooks Jr.

A Memorial Tree was planted for Stephen B. Brooks Jr.

Plant a tree in memory of Stephen B. Brooks Jr.