Plant a tree in memory of William S. Reid
An environmentally-friendly option 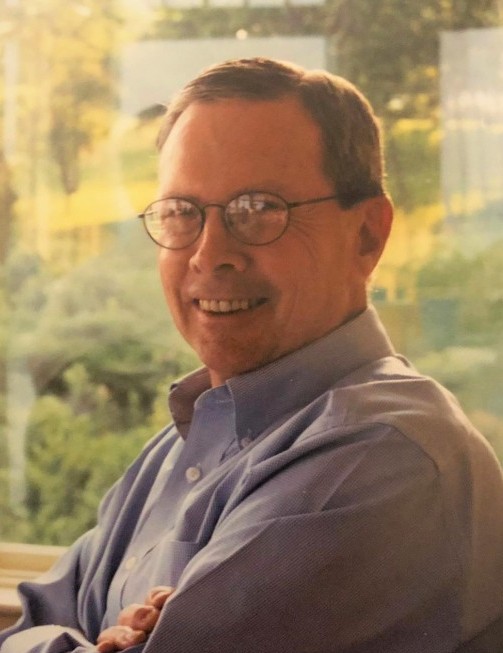 Breezy, as he was known to friends and family, was born in New York City on January 21, 1934 to Fergus Reid, Jr. and Etheldreda Winthrop Seabury Reid. He attended The Buckley School and later St. Paul’s School in Concord, NH. He graduated in 1956 from Yale University. After college, Breezy moved to Boston in 1958 where he met Ala Hencken. They married on June 25, 1960.

Breezy’s investment career began by counting money in “the cage” at State Street Bank in Boston. Over two decades there, he became Senior Vice President and Research Director in the Trust Department. He then joined Baybank in 1979. While living in Boston, he was the Treasurer of Boston Legal Services for more than 20 years. In 1985 Breezy and Ala moved from Boston to York Harbor and he started the investment firm Johnston, Reid & Mitchell with two friends. He retired in 2010.

Breezy had an irrepressible sense of fun and a near-perpetual twinkle in his eye. His youthful enthusiasm, ready laugh, and penchant for mischief endeared him to his friends and family, especially his children and grandchildren. He regularly instigated adventures, which might include a mud fight in Brave Boat Harbor, the setting off of fireworks, or a shoreline trek from York Harbor to Kittery Point. Though he was well known for disliking social events of all kinds, he maintained many close friendships, and was the life of family sock-hops, for which he made wonderful mixtapes from his collection that ranged from Zydeco to Bluegrass to Gospel.

Breezy had a lifelong passion for sports and competition, especially golf, and he was a member of the board and President of York Country Club. In his days as a student at St. Paul’s, he played hockey (resulting in one lost front tooth) and was the captain of the crew as a coxswain, a role he continued to fill at Yale. In 1954, he and a group of rowers from Yale traveled to Henley, England, where they competed in a friendly across-the-Iron-Curtain race with the Soviet 8. Throughout his life he would invent new games such as cross-country croquet, beach bocce, and a memorable Thanksgiving soccer match between the Birch Hill Boobies (Breezy’s favorite bird) and their cross-town rivals, Tim’s Turkeys. Breezy was also fascinated by industrial archaeology, and he travelled the world with Ala, riding historic trains, seeing interesting locks and bridges, and exploring unique industrial buildings.

At “Birch Hill”, Breezy and Ala’s home in York Harbor, he displayed a photo of every car he ever owned in chronological order, constructed a network of trails with hand-made bridges and dams in their woods (called “the bog”), and filled the entry hall with a sleuth of chainsaw-carved wooden bears. Known to remark that “only God can make a chainsaw,” he cut and split firewood and cataloged it like a connoisseur of fine wine, complete with labels documenting each tree. Perhaps his most impressive collection was an intricate Marklin HO gauge train set that required constructing an entire building to house it. He displayed and regularly updated

detailed charts on the stock market, many with unusual comparisons and time frames that approached the geologic. Other charts showed detailed records (hand collected by Breezy) of the high and low monthly temperatures in the bog. His knowledge of naval history, especially WWII battleships, was as extensive as the collection of ship models he built. His Civil War interest took him to visit many battlefields. A few of the boats and one or two airplanes Breezy built were radio controlled and functional, at least until they inevitably sank or dropped from the sky. For Breezy, these moments were never failures, rather a fitting and celebratory coda, a moment to reflect, and an opportunity to look ahead to the next launch.

Breezy will be greatly missed by many. The family will hold a private burial service at a later date. In lieu of flowers, please consider a contribution to The Ark Animal Shelter, P.O. Box 276, Cherryfield, ME 04622

Plant a tree in memory of William S. Reid
An environmentally-friendly option

Plant a tree in memory of William S. Reid

I am so sorry for your loss.

My condolences to the Reid family on the passing of "Breezy."  My fellow caddies and I at the York Golf and Tennis Club back in the early to mid-60's referred to him as Breezy and his brother as Windy. We enjoyed caddying for the Reids as they were colorful and fun to watch play golf.  No ball hit into the woods was ever "unplayable."  Amazing how they were able to get the ball back on the fairway.  Breezy had an irrepressible sense of fun.  He will be missed.

A life well lived, with love and compassion, leaves all with lasting memories.  Our prayers for you, Ala, and your family!!

May the warm memories of your father comfort you in this difficult time.
Rich & Heidi Clyborne

A Memorial Tree was ordered in memory of William S. Reid by Rich & Heidi Clyborne.  Plant a Tree

The last time we spoke it was at a family party in the driveway by the old apartment in York Harbor. B was convinced the tamarack across from our driveway was the tallest in York. I said how do you know? He said because I walk past it every day .
What a wonderful man, with such an acute vision of his world.
Much love and sympathy to all the Reids,
Marion Mariner

Plant a tree in memory of William S. Reid